Why Does Darron play his guitar the way he does?

Darron began playing guitar at 7 years of age. His first guitar was a Regal and had a thick neck. His hand would not reach over the entire neck. He was watching ‘Hee Haw’ on the television when he heard the announcer announce so-and-so on the steel guitar. He stopped and saw the person playing the guitar down flat. Without a music teacher to tell him he was doing it the wrong way, Darron laid the guitar flat on his lap and converted what he knew about chords which gave birth to his unique style of playing. This style is very similar to the way Jeff Healy played in the movie “Roadhouse”, however, Jeff Healy was blind and began playing after Darron had already developed his style.

Why Does Darron wear that hat and what does it mean?

Darron’s first hat was given to him when he was a teenager by his cousin who had just come home from Viet Nam. His cousin flew helicopters as part of the Gary Owen’s unit of the 1st Mechanized Cavalry. When he came home, he put on a motorcycle helmet and put his hat on his younger cousin. Darron has worn a facsimile of that original hat ever since, in honor of those who served in Viet Nam.

When and Where did Darron start playing?

When Darron was a teenager (over 40 years ago), he played at Legend City in Phoenix, AZ on the Opera House stage. He would play, while Pat McMahon would run back and forth changing costumes between Gerald, Aunt Maude, and Captain Super for the Wallace and Ladmo Show being performed down at the Water Front Stage (an Arizona Classic). Darron now performs every year at the Arizona State fair on the Wallace and Ladmo Stage.

Darron paused for a time when he got married to raise his family. During that time, Darron had a heart attack and 2 strokes. He has fought back, and is better than ever. Darron is performing two to six days per week, sometimes two to three times per day. Darron is contracted with the City of Phoenix for musical performances through the Parks and Recreation for the Senior Centers. He also performs at numerous Active Senior Living Facilities and RV Parks throughout the Valley of the Sun. In addition, Darron entertains at venues throughout Arizona such as Jake’s Corner, Landmark on the Creek in Christopher Creek, Westin Kierland Resort in Scottsdale, Outlaws in Cave Creek, and Paddle Festival at Lake Pleasant.

Does Darron have a Band?

Darron plays as a duo with Jeff Felske who plays lap cajone. Together they sound like a full band. Jeff and Darron have played off and on for several years at the Paddle Fest at Lake Pleasant, the Glendale Folk Festival, the Flagstaff Folk Festival, and professionally at Outlaws in Cave Creek, and private events.

What kind of Music does Darron Play?

Together they play 50, 60, 70’s rock and country (with newer country thrown in just for fun). Darron rarely comes with a set list, chosing to ‘read’ the crowd and try to play what the crowd wants to hear. If you call out a favorite, he will try to play it, or something close to it. Darron is a powerhouse of music with over 800 cover songs in his repertoire and more added on a regular basis.

What kind of PA system does Darron have?

Darron has a small PA system that is great for small parties, house parties, and groups of less than 100. He also has a larger PA system that works for larger venues and outdoor events.

Can I Hire Darron for a party, wedding, or other event?

Darron can be hired as a solo musician or as a duo with Jeff as D and J Live (Darron Weston and Jeff Felske Live) for public and private events. Please use the contacts page or request quote page if you would like to obtain more information or contact information as listed below. Please use the calendar to assess availability prior to requesting a date and/or time.

Now accepting tips or payment at: 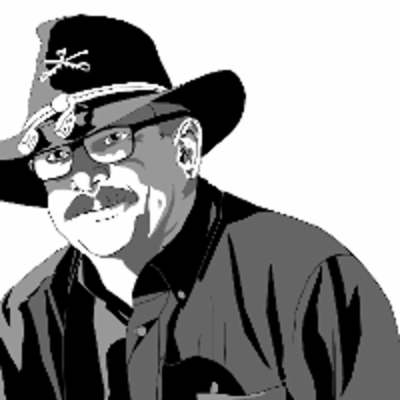